The benefits of using flexitanks for glycerine transportation

Glycerol is a non-toxic organic compound, known commercially as glycerine. It is a by-product of two independent processes: hydrolysis and transesterification. The former is used for soap and fatty acid production while the latter is the process in which biodiesel is produced. Today, around 66% of the world’s glycerine supply comes from biodiesel production.

As one of the safest industrial chemical materials, glycerine is used extensively in the pharmaceutical, nutraceutical, food and beauty industry.

Research show that the glycerine market will reach 6,261.75 thousand MT by 2024, up from 3,551 thousand MT in 2016, at a CAGR of 7.5%. The growth is largely down to two factors. The first involves the growing demand for renewable energy sources, which is driving the biodiesel market and thus benefitting the growth of the glycerine market too. The second is down to the growing popularity of natural ingredients in cosmetics, food and beverages and personal care products, which is also boosting the demand for glycerine derived from vegetable oils.

Glycerine was discovered accidentally in 1779 by a Swedish chemist, K. W. Scheele, when he heated olive oil and litharge to produce a new transparent, syrupy liquid. However, it wasn’t until 1866 that it became economically and industrially significant as a component in the production of dynamite. Until after World War II, nearly all commercial glycerine was produced as a by-product in the manufacture of soap.

Since then, the market has steadily grown as more than 2,000 uses for the product have been discovered. However, the supply/demand balance is delicate, so cost efficiencies remain a priority for all parties involved. 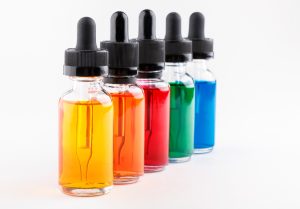 Flexitanks represent many advantages for the transportation of glycerine. By far the most important benefit is the cost efficiencies that flexitanks can bring. In essence, flexitanks optimize the supply chain by allowing producers to ship the loaded product directly to the customer.

With flexitanks producers aren’t risking capital loss through the devaluation of their commodities which could otherwise be stored for months on end. Shippers can sell smaller units (as low as 16,000 liters) and because the shipments are more immediate, they have a better turnover rate, which thereby increases their cashflow. And they can deliver commodities of a more precise value that they can control because there are fewer transhipments – meaning less losses – and no demurrage costs to think about. Because they are single-use, it means that there are no cleaning costs either, or even the need to return empties.

Another advantage is diversification and market accessibility. Flexitanks can be produced for quantities as small as 16,000 liters and as large as 24,000 liters. This means that new customers in new markets can be reached. Because flexitanks are multimodal, they can reach even customers inland. And the financial risks are minimized because it’s a smaller cargo.

On top of this, flexitanks are 100 percent recyclable and can be disposed of safely and with little to no impact on the environment.

Get in touch to discuss how you can use flexitanks.