Flexitanks: more than just for transportation

Traditionally, flexitanks have been used as a way to transport bulk non-hazardous liquids from A to B. But they can be used for so much more.

From providing potable water to distressed populations to supporting local municipalities during wildfires, it’s a life-saving technology that can be used either proactively and at short notice, or on a more preventative basis.

Flexitanks are quick to deploy and cost-effective; just one flexitank can make all the difference in an emergency situation. 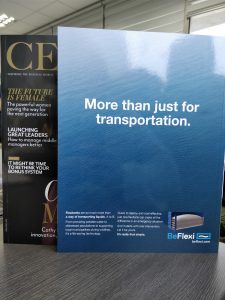 BeFlexi’s advert on the back page of the latest issue of CEO Magazine.

At the peak of summer, on 8th August, a wildfire broke out across Madeira and rapidly encroached on the residential outskirts of Funchal, the largest city on the Island and home to about 110,000 people.

BeFlexi responded by supplying flexitanks from the Portuguese mainland by air with the support of the Portuguese military forces. Within 24 hours, the flexitanks were dispatched, local teams were trained on how to install and operate the technology, and the

flexitanks were deployed. The flexitanks were first used to provide immediate relief to displaced people by means of potable water. The emergency services then used them to deliver water to remote areas in the mountains to aid the firefighters. The technology truly proved itself beyond all expectations. All parties worked together to ensure that flexitanks were deployed efficiently – they were even installed in garbage containers and trucked to the affected areas.

Watch our video to find out more

Have a read of Bruno Silva’s interview in CEO Magazine where he speaks more on our vision for the uses of flexitanks.