Last week, BeFlexi was invited to participate in a seminar by the Russian branch of our global partner, SGS. The seminar: ‘Perspectives of transit of oil and petroleum products via Azov and Black Sea ports and oil terminals’, took place in Gelendzhik, Russia, on 7-9 September. 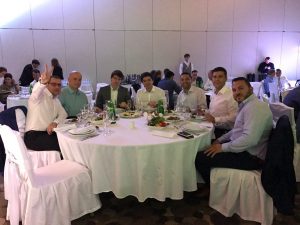 The event attracted not only SGS colleagues and partners from the Black Sea region, but also from around the continent, including the Baltics, Arctic and Far East. The goal was to share learnings and visions on future developments in this space.

Flexitanks are a key consideration in transportation. With the help of Rufat Valiyev from SGS OGC and Alexander Ermolenko from Rhenus Russia, Yan Chizhevskiy from BeFlexi, introduced delegates to this technology and its advantages of flexitanks – not least of which are the possibilities of cost-savings, cashflow optimization and a streamlining of operations when transporting non-hazardous liquid cargoes. 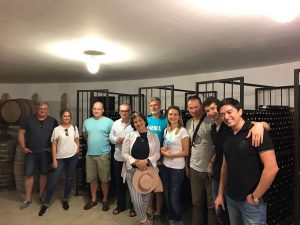 There is particularly great potential for the flexitank business in Russia, which is one of the largest exporters of sunflower oil and has a highly developed petrochemical industry. Big container ports in Saint Petersburg and Novorossiysk also factor in to make it a highly strategic region. We look forward to working closer with SGS Vostok Limited to exploit these opportunities.

Special thanks go to Andrei Vandyshev, SGS OGC Business Manager Russia for the invitation and Elena Vlasova, SGS OGC, for the organization of the event.