BeFlexi would like to wish all women a happy International Women’s Day!

This day, celebrated annually on 8th March, is a global day when women are recognized for their achievements without regard to divisions, whether national, ethnic, linguistic, cultural, economic or political (Source: http://www.un.org/en/events/womensday/history.shtml).

Bruno Silva, Managing Director at BeFlexi, commented, “No matter how big or small a company you are, there are a few values and good business practices that we should defend from day one. Diversity, non-discrimination against age, race, religion, sexual orientation, gender and a solid knowledge of your customer procedures are just a few examples. At BeFlexi we still have a long way to go, but I am proud of the multicultural and multinational team we have and the path we are taking. Join us in celebrating International Women’s Day.”

The first observance of the day was in 1909 in the USA when the Socialist Party of America declared it a day to honor the women who protested during the 1908 garment workers’ strike in New York. Back then it was celebrated on 28th February.

Over the years it has remained a day to honor the movement for women’s rights and even became a mechanism for protesting World War I.

It was only in 1975 that the UN declared 8th March the official International Women’s Day. 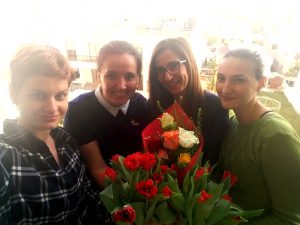