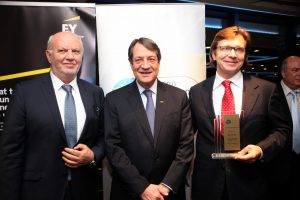 The Award was presented to BeFlexi in the presence of the President of the Republic of Cyprus, H.E. Mr. Nicos Anastasiades. Part of CIBA’s annual Excellence Award programme, the award was given to BeFlexi in recognition of their entrepreneurship and efforts in supporting international trade in Cyprus.

Sergey Galin, CEO and Founder, accepted the award and stated, “It is an honour to receive such recognition from the Cyprus International Business Association. I am deeply grateful to the Cyprus government and business community for giving me the opportunity to develop this innovative and international company. What started out as a small team with an idea, has now, with the support of Cyprus, grown into a business model that can bring a positive change to international trade. I truly believe in the possibilities of flexitank technology, not only for businesses involved in bulk product storage and transportation, but also to support local governments and municipalities in emergency situations. I am strongly invested in the future of Cyprus and therefore want to continue supporting the local economy and community and wish for a prosperous partnership for many years to come.”
CIBA was established on 31 December 1992 as a registered not-for-profit company limited by guarantee. It came to existence on the initiative of a number of expatriate business executives who had moved their international operations to Cyprus. They wanted to benefit from the Island’s strategic location, bridging Europe with the Middle East, Africa and the Far East, as well as to take advantage of the Island’s relaxed atmosphere and Mediterranean climate and its simple but competitive and effective tax regime.
CIBA’s mission is to take care of the international community in Cyprus. 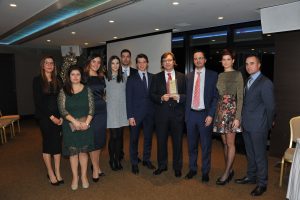