The Influence of Export Credit Agencies on International Sales Development 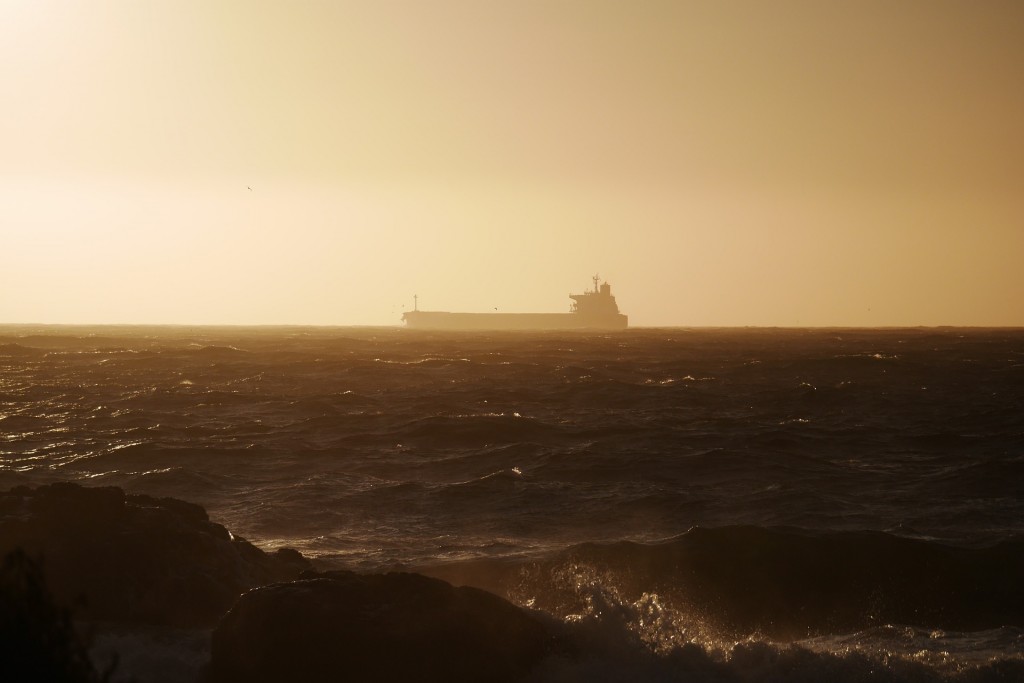 In the evermore-competitive international trade environment that characterizes exporters’ sales, export financing is a key factor for success. Exporters surely want to receive their invoice payment as quickly as possible, whilst importers would rather delay payment until the cargo is received or resold. Being wherewithal to offer appealing payment terms is often required to make a sale. Official Export Credit Agencies (ECAs) have been established in several countries in order to support domestic export industries. They act as an intermediary party between governments and exporters by providing credits that financially support the sale of goods and services in international markets. The final aim is to promote national exports and to create more jobs as exports briskly boost the growth of a country, thereby reducing the trade deficit. ECAs have become really important players in international trade and financial markets especially during and after the recent financial crisis. Some individuals support ECAs by emphasizing on their capacity to expand markets by covering risks that the private sector may pass on, but some argue that export credit causes serious economic distortions. 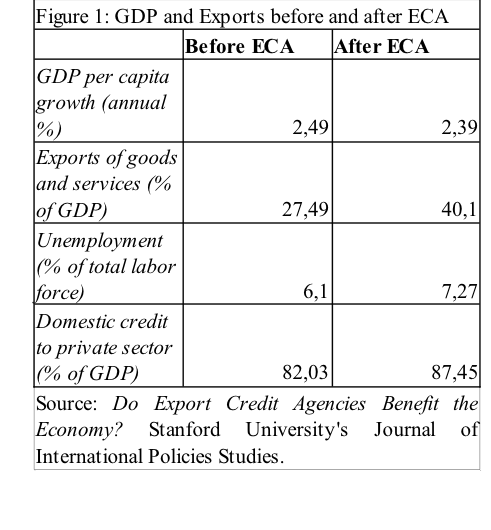 ECAs intervene in international sales through two main schemes, direct export credit and export credit guarantee, respectively loans and insurance. Export credit guarantee being the most widely used, it helps exporters develop international sales: exporters can offer favorable payment terms that make a product more competitive. If the competition, with a similar product, offers better terms, a sale can be lost; thus lower interest rates and fees make exporters more willing to finance the cost of exporting in order to meet lower price points. Similarly, reduced political, social and commercial risks, owing to the importing country’s stability conditions will lessen the financial risk to export from emerging countries thanks to insurance, letters of credit and other methods of payment. As a result, international sales could increase. Figure 1 shows how exports grew during 1972-2010 taking into account statistics of 15 countries that launched ECAs.

There are some drawbacks that detract ECAs advantages. ECAs financing has expanded creating conflicts with commercial banks, whose first activity is to give business loans and insurance. Empirical studies have pointed out that ECAs have caused domestic distortions, capital market failures and incomplete financial markets. ECAs borrow money in the financial market as a public entity; it involves budgetary concerns regarding the increase of public debt. Studies have, in fact, shown that almost 80% of undeveloped countries’ debts to developed countries’ governments, come from export credits, not development loans. ECAs are therefore debt-creating agencies and the loans they create are driven by the interests of their exporters, rather than concern for whether the loans are useful to the host country.

On the one hand, Export Credit Agencies can be seen as a useful tool to encourage international sales in a worldwide contest governed by uncertainty. On the other hand, benefits are offset by micro- and macro-economic distortions that should be regulated so that all countries involved in international sales can share mutual advantages.

BeFlexi not only offers services across a supply chain but also the financial support necessary for SME’s to expedite their growth and quickly become global players. The financial solutions put in place allow for businesses to lower their risk, free up cash flow, and focus on their core trade.

Contact us for more information with regards to export financing and how we can help.